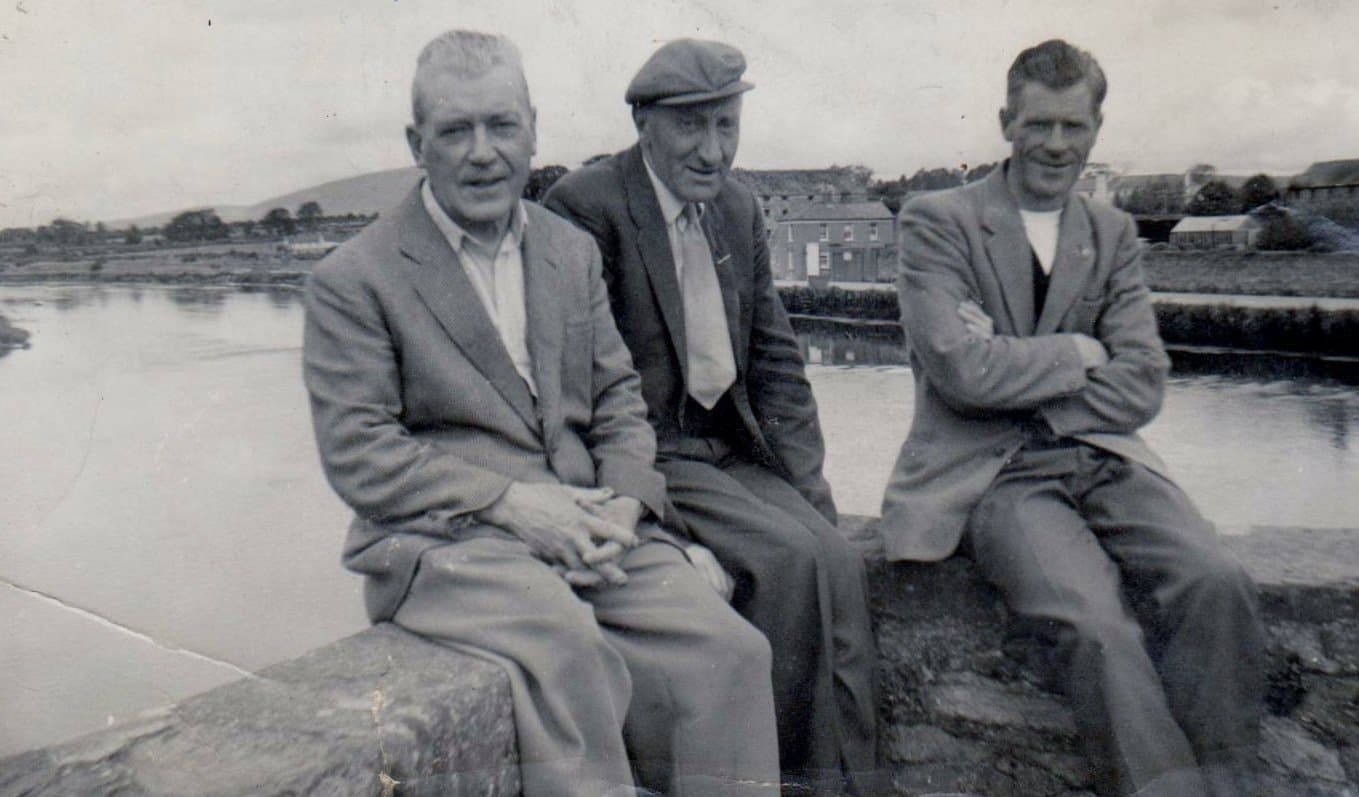 I got my first glimpse of Carrick Beg in Nov 1974 when my then girlfriend invited me up for the weekend. It didn’t take me long to get to know the neighbours as I began to spend more and more time up here after that.

Straight away it became very apparent how important the river was to so many locals with salmon fishing being a great provider of a few bob when the season was in. Families by the names of Norris, Power, Doherty, Fitzgerald, Brett, Tobin and many more fished the Suir in what became known to me as their Cots.

Each family would have their own distinctive way of making their own boat as I found out when I was told who owned such a cot by a man named Tom Brett. His fishing days were all but a memory as he was a retired man when I got to know him. In his day the cots he built were sought by many as they were so well made. What a storyteller he was too. You’d always meet him on one of the bridges with all his butties reminiscing of the days and nights they fished and with every story those salmon grew bigger.

Sadly all of these men are gone now and the fishing traditions that have lasted centuries are but a shadow of the past with very few from these families using the river now except to walk what is called The Blueway. Those that still fish the river are mainly confined to Treacy Park with the Power family continuing the tradition of casting their rods from their Carrick Cots.

This website uses cookies to improve your experience while you navigate through the website. Out of these, the cookies that are categorized as necessary are stored on your browser as they are essential for the working of basic functionalities of the website. We also use third-party cookies that help us analyze and understand how you use this website. These cookies will be stored in your browser only with your consent. You also have the option to opt-out of these cookies. But opting out of some of these cookies may affect your browsing experience.
Necessary Always Enabled

Any cookies that may not be particularly necessary for the website to function and is used specifically to collect user personal data via analytics, ads, other embedded contents are termed as non-necessary cookies. It is mandatory to procure user consent prior to running these cookies on your website.